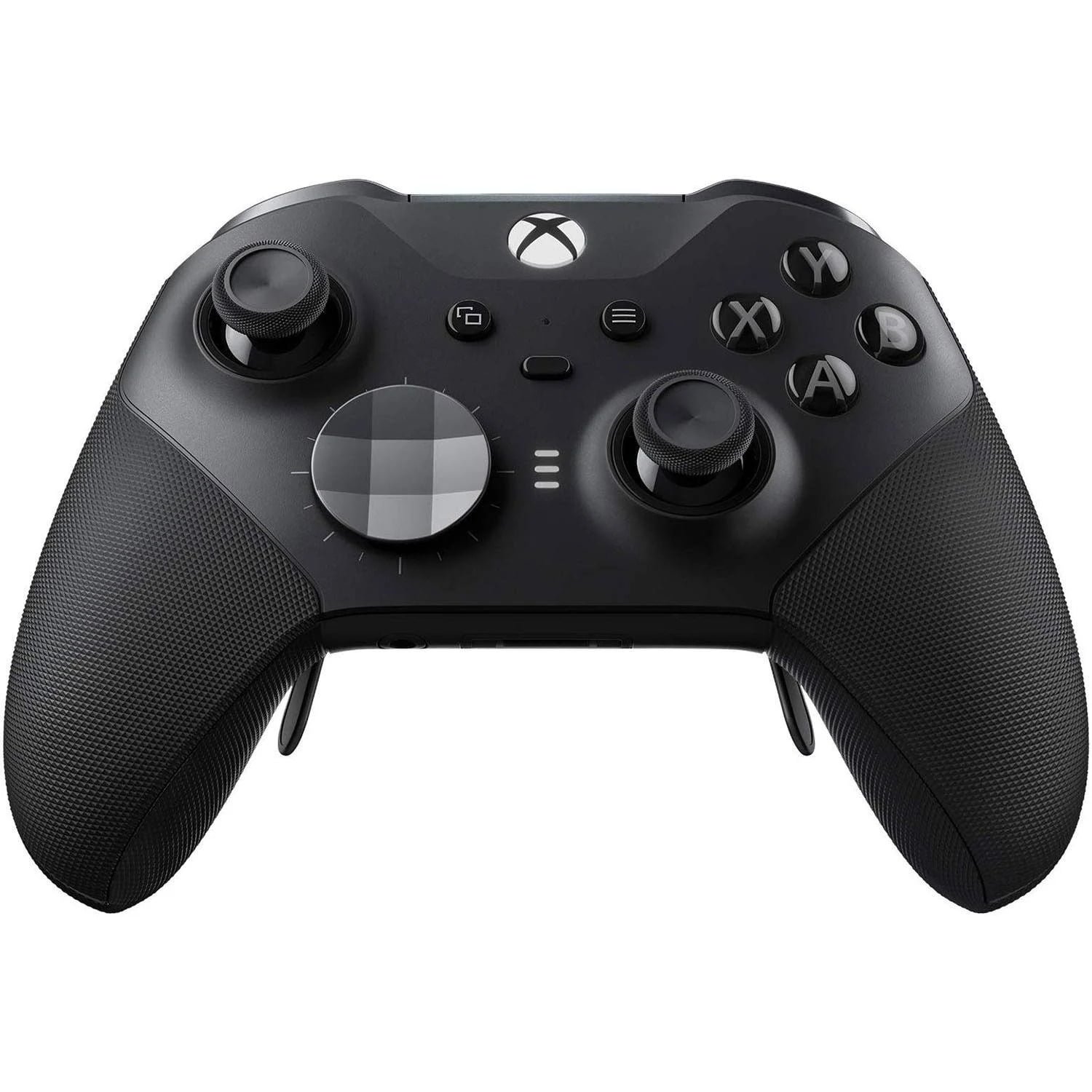 Whether you’re looking for a competitive edge or just want to be more comfortable when you game, your controller plays a major role in your gaming experience. Sure, the standard controllers included with new Xboxes are fine – but if you have sweaty palms, big hands, or have a habit of wearing down thumbsticks, an upgrade may come in handy.

Officially offered by Microsoft, the Elite 2 (successor to the Elite 1) is the latest generation of premium Xbox controller for the heavy spender. The controller comes in at around $180, which is the most expensive price tag you’ll likely find. But, if you’re a serious gamer, it’s likely to be worth the price tag.

It has a textured design on the front handles that is similar to the new Xbox Series X|S controllers, but over more of the face for better handling and less sweat. It can connect via Bluetooth or with a USB-C cable that doubles as a charger for the 30-hour battery life. You’ll also have your choice of 6 different thumbsticks, 2 directional pad covers, and up to 4 rear paddles. This makes the controller fit in more hands and extends the functionality for shooters or other games where pressing the stick in or moving your thumb may be detrimental. Plus, the triggers can be customized with trigger stops to allow for shorter, faster trigger pulls

Best of all, the controller can be custom-mapped and configured with variable stick tensions, plus other fine adjustments in the Accessories app. Users can switch between multiple profiles with the flip of a switch, so one for shooters, sports games, and racing games isn’t out of the question.

The biggest downside is the price tag and the common “stick drift” problem that users run into. Fortunately, there’s a 1-year warranty for this issue which ensures you can get at least a year out of your investment. However, that warranty doesn’t cover smashed controllers so be mindful when you rage!

Related Topics:Xbox controller
Up Next

Sony to Integrate Discord into PlayStation

The “Epic” Showdown Between Apple and Epic Games Is Underway 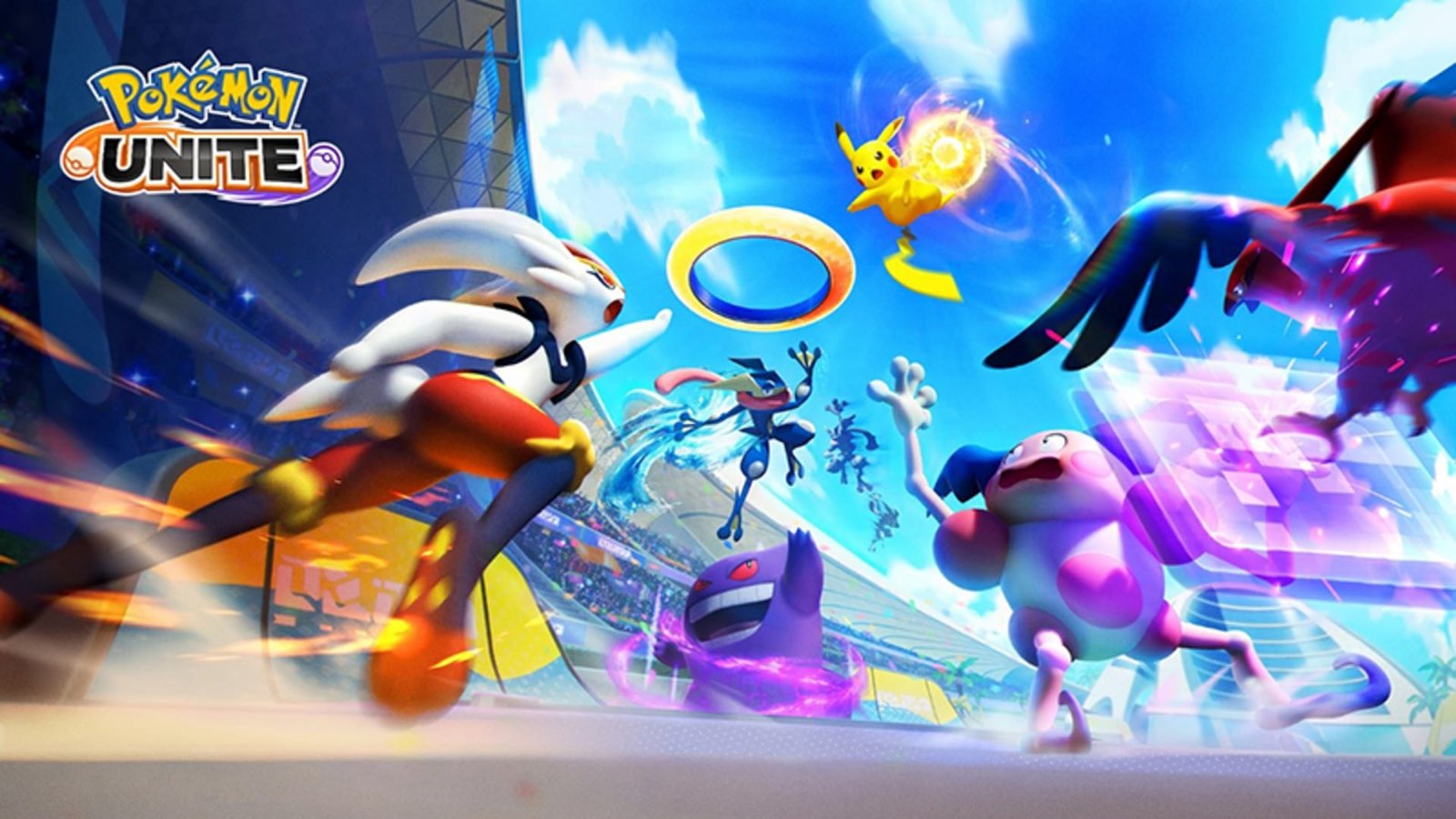 The Pokémon company announced a release window for its new MOBA game, Pokémon Unite. And it’s soon. The company also debuted an epic theatrical trailer for the game.

Unite will drop for the Switch in July, then in September for mobile devices (likely iOS and Android). The five-on-five battle strategy game was created in partnership with Tencent’s TiMi Studio Group, who developed Call of Duty: Mobile. Unite was originally announced last year.

The game will be free to play, with in-game purchases optional. Crossplay between console and mobile will be supported, and you will also be able to save your progress from one device to another with a Pokémon Trainer Account or Nintendo Account.

And if the trailer is any indication, the game looks like a heap of multiplayer fun. Unite takes place on an uncharted island called Aeos. When striking blows to the opposing team and capturing free-roaming Pokémon, players gain Aeos energy. With it, players can upgrade their Pokémon throughout the course of a battle.

Aeos energy apparently translates to points when delivered into the other team’s goal. That would explain why the trailer shows Lucario slam dunking like Micheal Jordan in the ‘90s. Naturally, when time runs out, the team with the most points wins. Battles take place in several different stadiums, with unique landscapes and rules specific to each locale.

In true MOBA fashion, Unite’s characters will have varying strengths and abilities. Some will be faster, others stronger, etc. Use these abilities strategically to your team’s advantage! The game’s cast of Pokémon is also diverse – we’re all happy Mr. Mime made an appearance in the trailer.

Some hardline Pokémon fans might argue that a mobile device game cheapens a brand with such a rich history and deep loyalty. Fair point.

But Pokémon has shown without a doubt that it can successfully branch into essentially any type of media (cards, movies, consoles). And it does this without losing touch with the lovable, familiar identity of the franchise. A franchise that’s worked its way into the hearts and hands of kids of all ages – decade after decade. 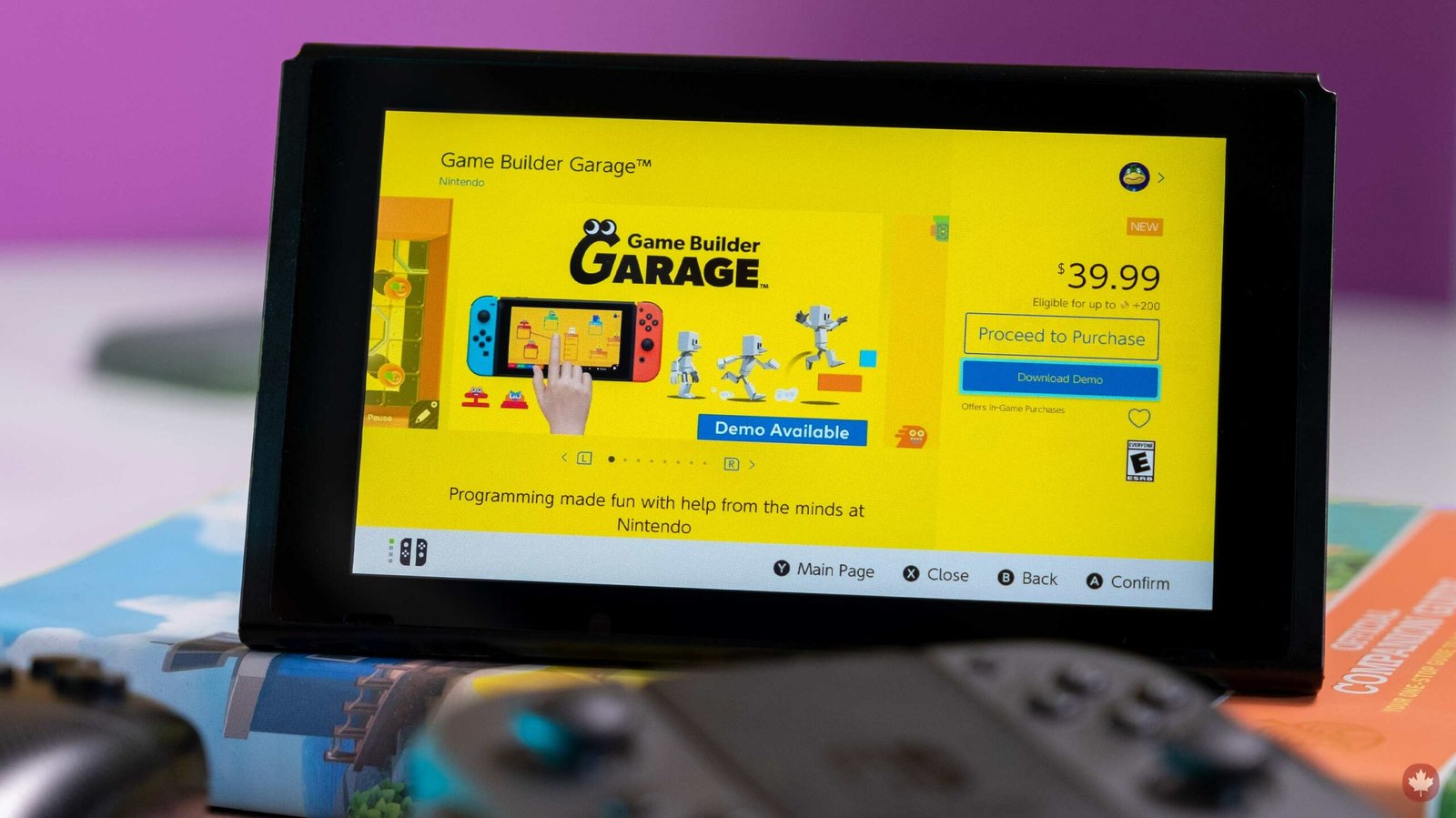 When I was a kid, I learned how to type on a computer keyboard by playing Mario Teaches Typing on my family’s PC. I had so much fun making Mario bounce off goomba’s heads with the keys that I didn’t even realize I was learning how to type. Almost three decades later, Nintendo is still using games to teach valuable technology skills in diverting, imaginative ways.

Game Builder Garage has been out for almost a week. If you haven’t gotten it already, you may be wondering whether or not you should. Overall, it’s a wonderful game, about games.

The new programming game sprinkles Nintendo magic over the otherwise onerous process of programming, and makes it fun. But depending on your level of interest in how games are made, Garage might not be worth the money for you.

Garage shows the basic concepts behind game design, with its own system of lovable little characters called Nodons. Strewn across colorful graph paper, you can connect an object to an action, for instance, by joining two Nodons with a line. These charming creatures can be arranged in an essentially unlimited number of ways to create all types of landscapes and outcomes. 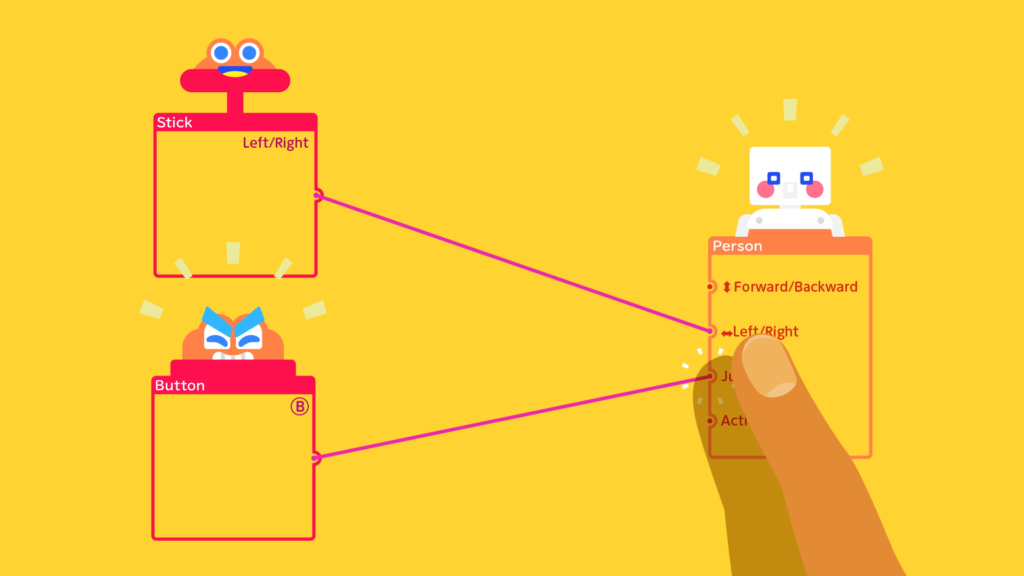 This game widens the scope of its predecessor Super Mario Maker titles by offering a more vast array of games you can build. Whether you want to make a side-scrolling shooter or a 3D fighting game, you have a plethora of choices.

But you’ll need to learn some skills to navigate those choices. That’s why the Garage includes guided lessons that teach you how to make seven basic games to get you started. There’s also a free programming mode, but Garage strongly suggests you take the lessons first.

This is where your personality could determine how you feel about the game. I enjoy learning in a dummy-proof, structured way. The lessons are designed to accommodate that. But if you enjoy bending rules, you may feel annoyed by the lessons.

Garage’s affable teachers,  Bob and Alice, walk you through step-by-step instructions to build the tutorial games precisely to their specs. They even show you exactly what the game will look like before you set out to build it, so there’s little imagination in this part of Garage. If you want to go off script, you can’t. But then again, that’s what the free programming mode is for.

I’m not too interested in learning actual coding, so Game Builder Garage’s system of Nodons works for me. But if you are an amateur programmer, or you want to learn something more technical like C++, you don’t get that from this game.

Maybe you’re on the other end of the spectrum – you don’t want to get technical at all. In that case, heads-up: this game does take you to school in certain ways, making use of math and logic. You may feel like you’re back in class. But this game makes class almost as fun as the Magic School Bus.

While somewhat limited to the game’s built-in tools, the amount of freedom and complexity you are able to explore completely satisfies the itch to create. The game is warm and fuzzy, with the cuteness of titles like Snipperclips. The scripting and character creation of the Nodons is genuinely entertaining.

You can also share your game designs with friends via a user code. Naturally, programmers have already created astounding worlds using this game’s palette, including recreations of Nintendo classics like Mario Kart and Zelda. 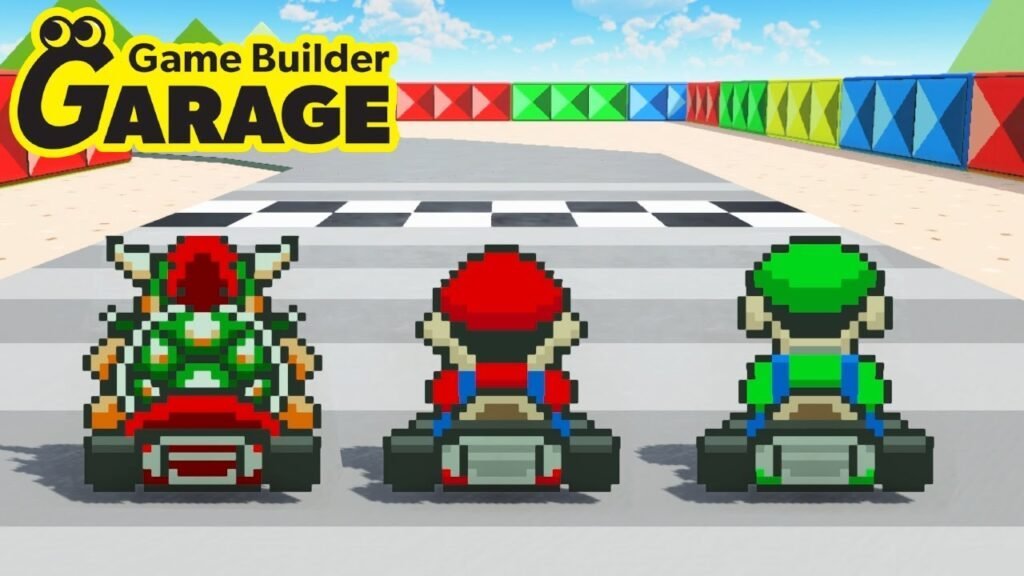 If you enjoy playing video games more than creating them, you may want to pass on this one. But even for non-programmers, Game Builder Garage makes game design simple and charming with classic Nintendo style. 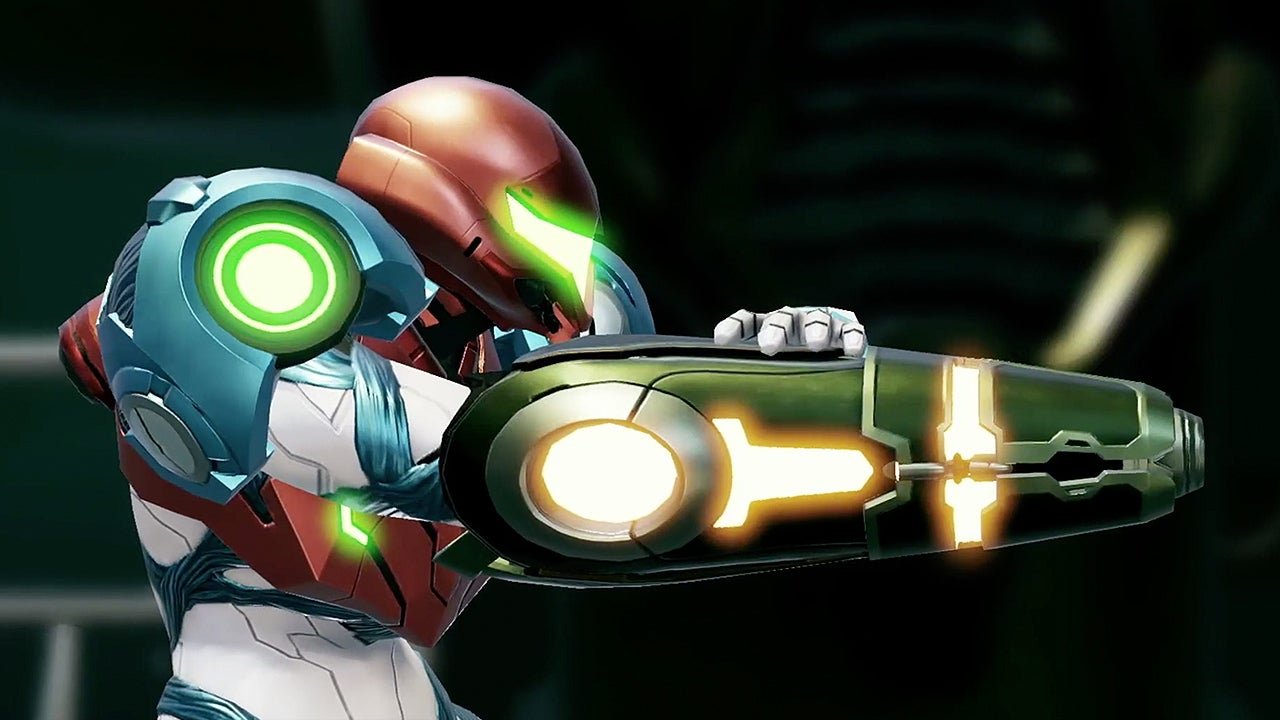