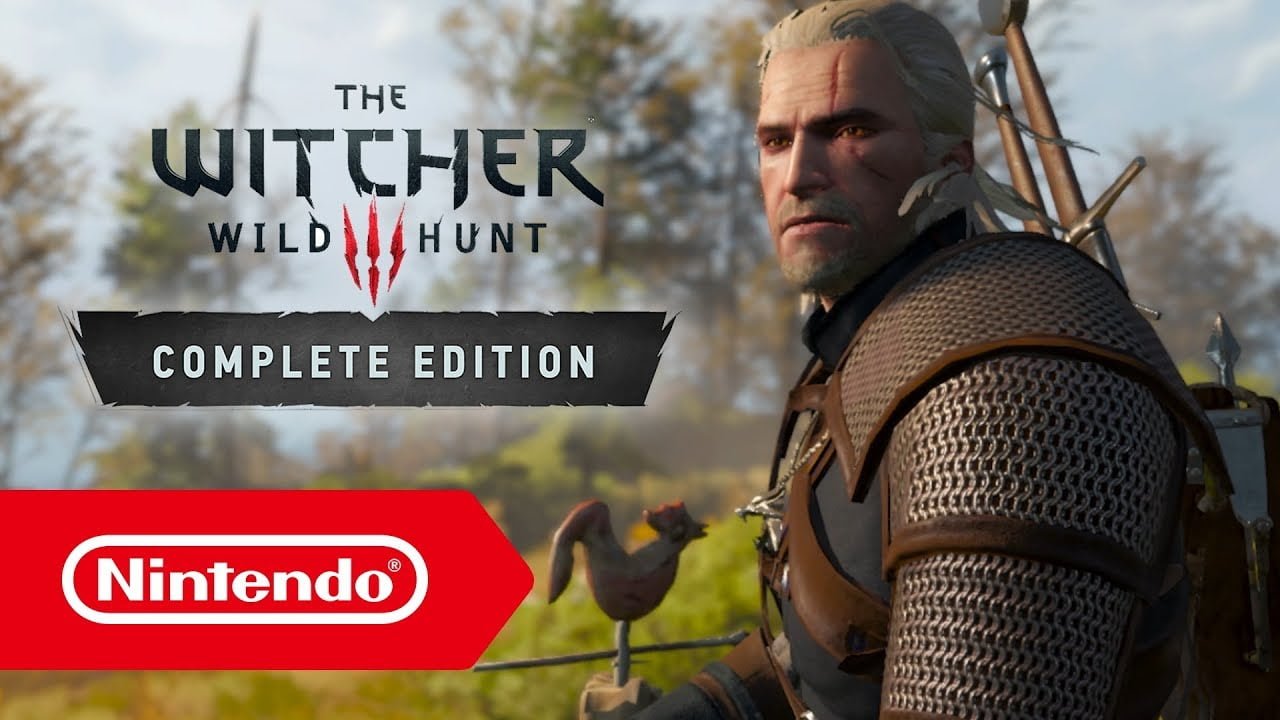 CD Projekt Red has not had the best run since releasing their newest title Cyberpunk 2077, and their latest decision has fans scratching their heads again.

In the blog post, CDPR says their decision to change the way the game is sold on the Nintendo eShop is “to allow everyone more flexibility.” For some fans this may be a better option, as buying the base game for $39.99 is cheaper than buying the Complete Edition at $59.99. Yet, for those who do want to buy all three things, it ends up being more expensive than just buying the Complete Edition. The base game is $39.99, Hearts of Stone is $9.99 and Blood and Wine is $19.99, so all together you’re already paying ten dollars more at $69.97, and that’s before tax.

What about cross saves?

For those who don’t know, cross saving is available for the Nintendo Switch and PC versions of the game. However, CDPR notes on the website that players must have the same version of the game on each system for cross saves to work. So, if you have the Game of the Year edition on PC, you must have the base game, all free DLCs and the expansions on the Switch for cross saves to work correctly. This is true for the other way around – if you have all the additions on the Switch but only the base game on PC, cross saves will not work.

Those who already own the digital version of the Complete Edition will still be able to download it on the Nintendo eShop even when the listing is removed. Physical copies of it will also continue to run normally. Complete Edition owners also get a 100% discount in the eShop on the base game and the expansions. For now, the Complete Edition is still available for purchase, but it will be removed from the store in the near future.

I’m Sara, a blogger, writer and editor specializing in video games and the gaming industry. Games and writing have a permanent place in my heart, which is why I chose to pursue a bachelor’s degree in English and Creative Writing. I am thrilled to have the opportunity to bring the latest and greatest in exciting news to readers. When I’m not gaming or writing, you can find me reading, drinking coffee or taking naps. 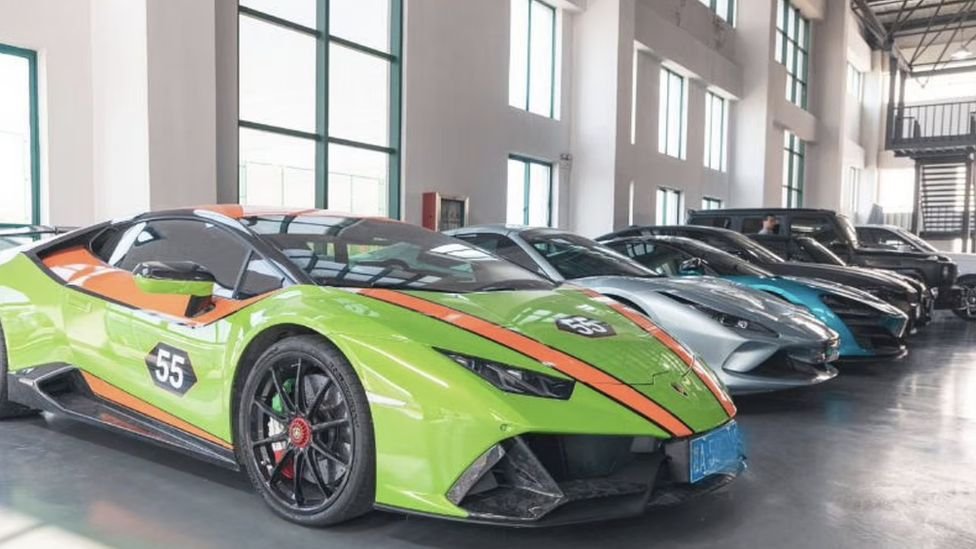 Chinese police in the city of Kushnan, working with video game developer Tencent, have arrested several members connected to a videogame cheats developer.

According to both Tencent and the Kushnan Police, the hacking ring was taking in more than $70 million a year in subscriptions for their gaming hacks. Tencent had posted on popular Chinese social media platform Weibo, that the ring was “the world’s largest videogame cheating ring.”

The operation was dubbed ‘Chicken Drumstick’ and has been described as one of the largest ever undertaken by any Chinese Police department. The ring had allegedly made hacks that mostly targeted games made by Tencent, but according to reporters from the BBC, had also developed and sold hacks for titles such as Valorant and Overwatch.

The group had been charging cheaters anywhere from $10 to $200 a month in subscription fees that gave a keyed access to the hacks. Reports indicate that Chinese police had been tipped off to the hacking ring over a year ago, and have since closed down multiple websites with 10 resellers having been arrested. In the bust, police seized around $46 million in assets, including multiple luxury cars, bikes, and even boats.

E-sports have gained in popularity in recent years, with competitive gamers being able to win tens of millions of dollars in competition, and so it has become inevitable that large scale crackdowns on cheating would begin.

Operation Drumstick shows how seriously both Chinese companies but also the Chinese government are taking the scourge that is cheating in gaming. The bust comes just as players are receiving massive backlash online over alleged cheating in popular titles like Warzone and Apex Legends.

In addition to showing how seriously companies and governments are beginning to take cheating in games, the bust also reveals how insanely lucrative these cheating rings have become. What initially started out as a DIY community of cheaters and modders on forums, has now turned into a multi-million-dollar criminal industry. Hack developers have long acted with total impunity, and many companies offering hacks appear totally professional now, with easy to use and intuitive websites that look like any other e-commerce website.

As e-sports look to reach a half a billion viewers this year and revenues on track to top $1 billion, ending the scourge that is online cheating will remain front and center for companies releasing competitive games along with countries whose governments have made some investment in E-Sports.

This past week, rumors have been circulating that multiple digital storefronts from PlayStation will be shutting down for good this coming summer. This includes the PS3, PS Vita, and PSP stores. It’s predicted that an official announcement will come at the end of March this year.

The PS3 is a treasured console by many gamers since it marked a completely new level of graphical fidelity and gameplay on its release in 2006. Classic titles like The Last of Us, Infamous 1 and 2, and the Uncharted series all made the PS3 an incredible console to own. It also made online gaming much more popular. The PS2 did have online features, but the PS3 had a massive community around games like Call of Duty: Black Ops, Journey, and Red Dead Redemption. The PS3 sold 86.9 million consoles beating Microsoft’s Xbox 360, assisting Sony in becoming the most popular home console brand of all time according to the Guinness Book of World Records.

The PlayStation Portable or “the Walkman of the 21st century” if you want to feel aged, was Sony’s first major release of a portable gaming console. It was first sold in Japan in 2004 and subsequently sold in the United States in 2005. The PSP was designed to try and shake Nintendo’s grip from the top spot as producers of portable gaming systems. Ultimately it failed to achieve that selling only 80 million units over its 10-year lifespan compared to the Nintendo DS family which sold an astounding 154 million units. Still, the PSP was a great portable game console that offered solid games you wouldn’t be able to find on any other console. Some notable titles were God of War, Grand Theft Auto, and Metal Gear Solid: Peace Walker. The PSP also had more power than its competitors allowing more familiar gameplay and graphics to the home console versions.

The PS Vita was the PSP’s successor, but it didn’t quite live up to expectations on its release. The technology was interesting and had a ton of potential, but bad ports and lack of support from Sony led to diminished sales and overall failure of the system. There are certainly some great games on the platform still worth picking up though. Hotline Miami, the Metal Gear Solid HD Collection, and Uncharted: The Golden Abyss were all great games and are still worth your time if you happen to own a Vita.

It’s been a long time coming as time marches on and beloved consoles start to fall to the wayside, but we’re now a generation past the PS Vita and two past the PS3 and PSP. It was only a matter of time until the storefronts were shut down. For the time being though, the stores are still up and you can still grab some of PlayStation’s greatest hits. 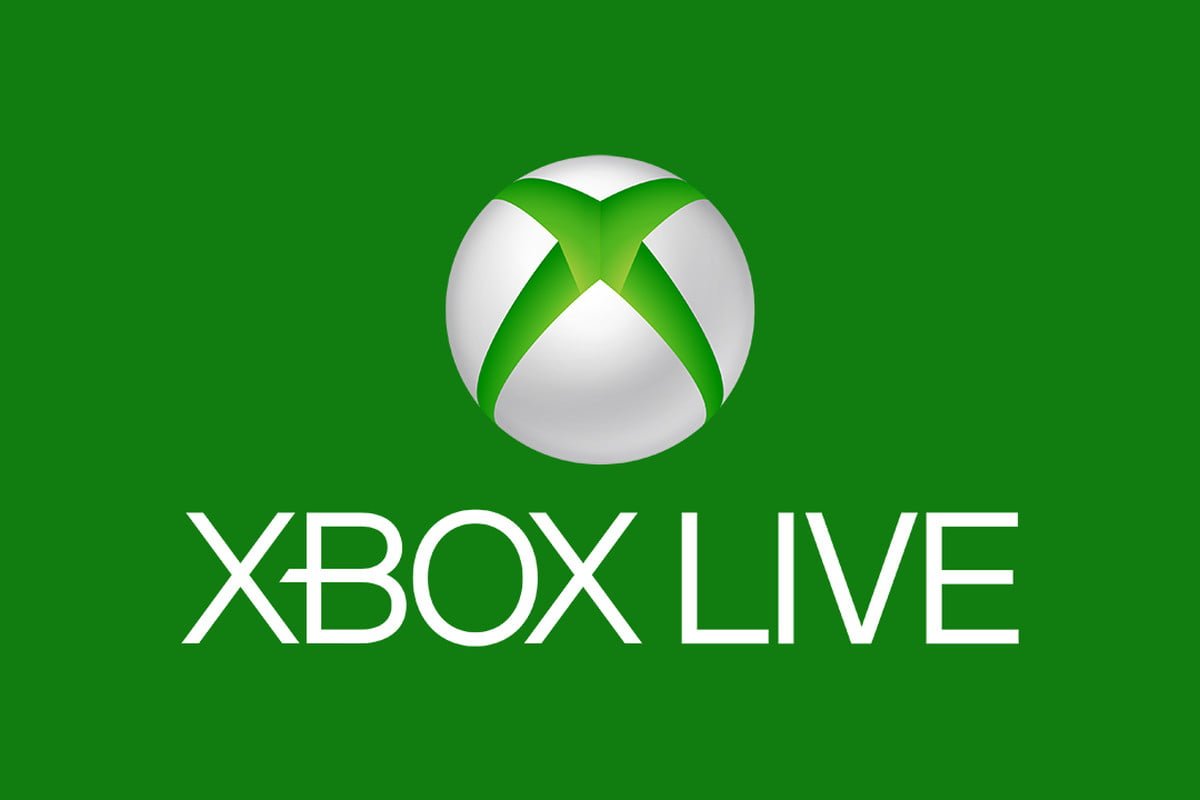 Since the days of the original Xbox console (circa 2002), Xbox gamers have known and loved Xbox Live. The online gaming service has allowed millions of users to connect with friends, talk in Xbox parties, and game together without sharing a couch. But despite the incredible experience the network provided to gamers for almost 2 decades, its branding has always been slightly confusing.

From Xbox “LIVE” silver accounts to Xbox Live Gold memberships to the ever-inconvenient “Microsoft Points” codes that had to be used to make marketplace purchases, there’s been a lot to keep up with. But, it appears that the Xbox Live title has been retired for good.

According to Microsoft, the name change comes in an effort to avoid confusion between its online network and the subscription required to access it. Xbox Live is now called “Xbox network” (and hopefully the ‘n’ is capitalized going forward), while the Xbox Live Gold membership, which includes online multiplayer privileges, free games, and more, will retain its title.

This clarification can help users to understand that a Gold membership is required to game online, but not a requirement to use the console, the account system, or access titles downloaded through the network. It also helps to create distinguished titles for the 3 major offerings on the network at this time: Xbox Live Gold, Xbox Game Pass, and Microsoft xCloud. This undoubtedly will help to market each service, as consumer confusion in marketing is a major problem.

All-in-all, the name change doesn’t mean much to most gamers. The new title helps to clarify the online service’s intentions and helps simplify branding as the network of online services expands, but to many it will always be Xbox Live. This change is for the new generation of gamers (and the marketing heads at Microsoft).