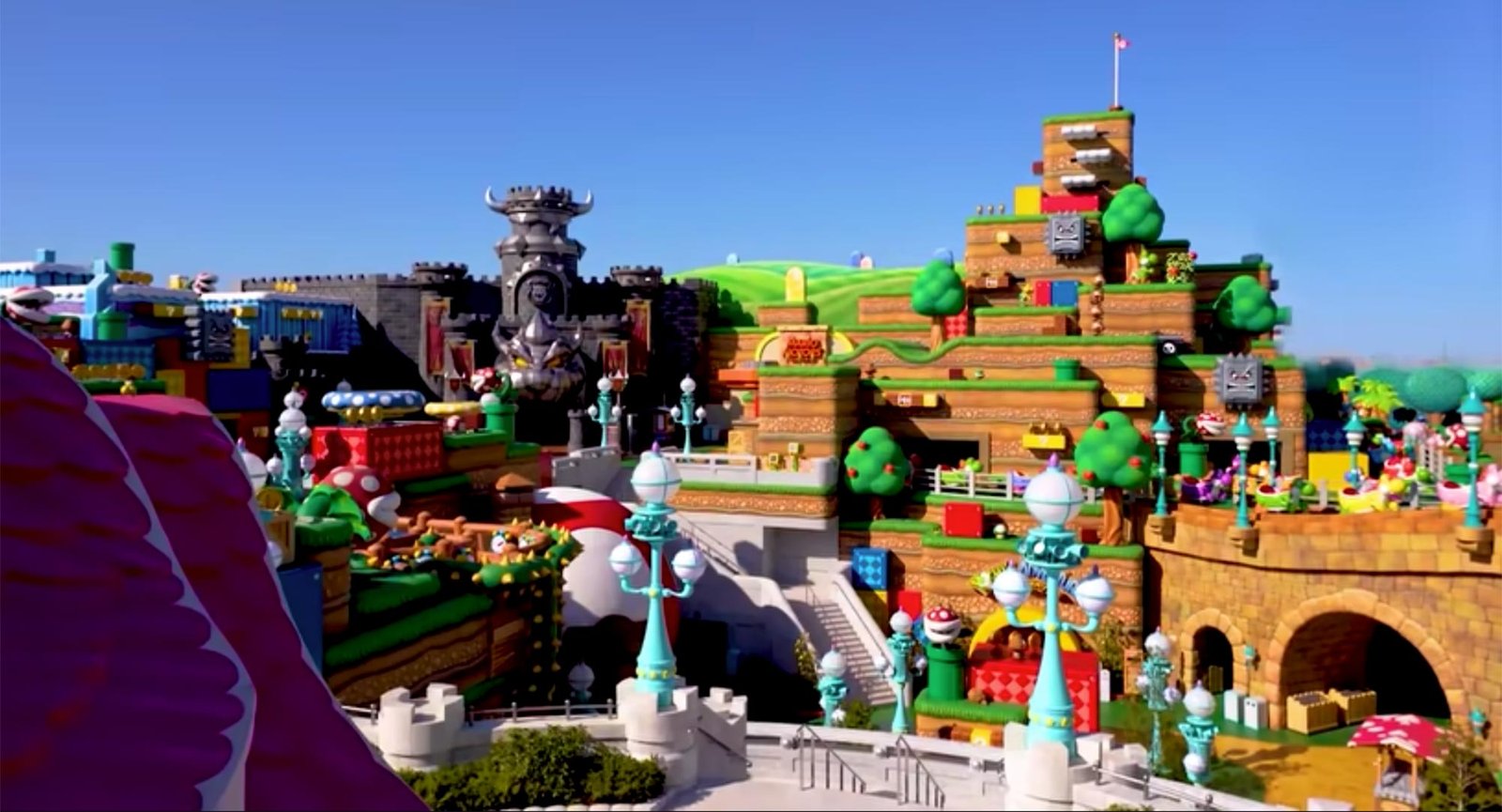 Iconic Peach’s Castle and Bowswer’s Castle are centerpieces of the new area, intricately designed to make visitors feel they are inside a Mario game. Rides include Yoshi’s Adventure and fan-favorite Mario Kart. Mario Kart is a multi-dimensional AR thrill ride, while Yoshi’s adventure is more laid-back, offering riders a picturesque aerial view of Super Mario World.

The area is completely immersive. Visitors can jump into those famous green pipes and punch those famous “?” blocks, earning coins on the theme park’s app. Photo ops abound, from Mario, Luigi, and Peach meet-and-greets to giant, Mario-themed sets and statues, sure to frame the background of many a perfect selfie.

Park-goers agree that Power-Up bands are a highlight of the Mario World experience. Though not required for park entrance, they are absolutely necessary to enjoy all the attraction’s interactive ‘asobi’ (play). The Power-Up bands act as amiibos for mini-games and divide park visitors into teams, based on which Mario character they choose on their bands.

To satisfy gamers’ needs to collect points and win, Mario World features an overarching storyline within the experience. Throughout the park, visitors can defeat bosses, winning keys. When a player wins three keys, he or she is admitted to fight Bowser Jr. (the attraction’s main villain) in the Bowser’s Castle section of the park.

Mario World serves up Toad and Koopa-inspired treats and snacks throughout the park, including a dedicated themed restaurant – Kinopio Café. The park includes two Mario gift shops, with merchandise stands also located around Mario World. Visitors will want to get their hands on one of the park-exclusive “TokoToko Mario” toys, showcased by Miyamoto in December’s Nintendo Direct.

Looks like it’s time to book that trip to Japan.

VAIL VR: The Next Generation of Competitive Virtual Reality Shooters

[…] fans who find themselves in Japan will soon be able to visit not only Super Mario World theme park, but also a Nintendo Museum. (Design rendering shown […]

Are We Getting a New Apple TV Remote? Yes… and No. 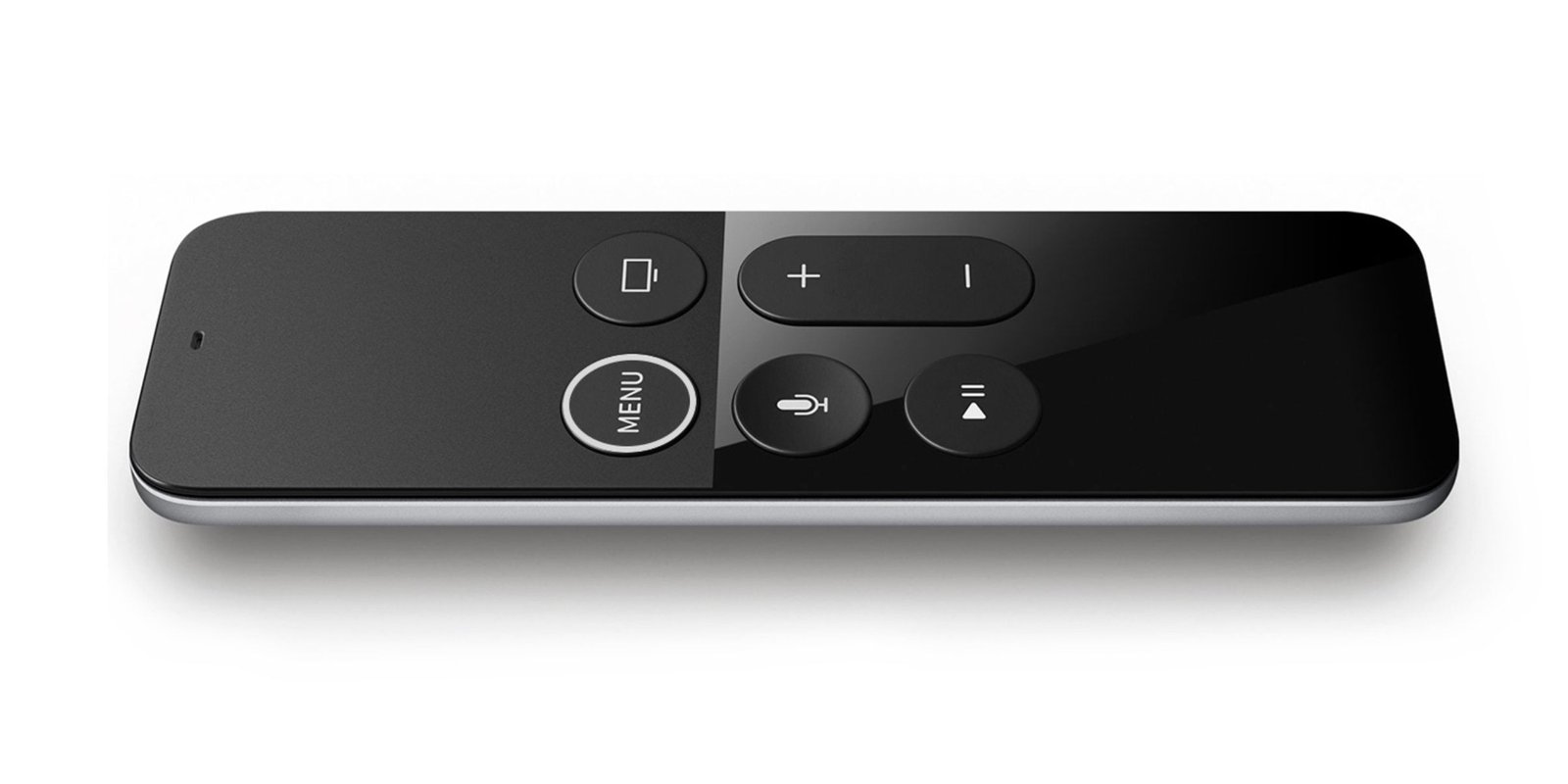 However, 9to5Mac provided clarity to the rumors yesterday, reporting that the new remote is a piece of third-party tech, created in partnership between Apple and cable companies. Cable companies that provide Apple TV 4K as an alternate option to a traditional cable box can include this remote when setting up their customers. The new remote will be distributed by Universal Electronics, and allow for greater navigation of cable apps and channels on the Apple TV.

The new remote, allegedly internally codenamed ‘B519’ is centered around a circular button (reminiscent of first-generation Apple TV remotes), with more conventional cable TV controls, including play/pause, guide, and mute. This design somewhat strays from the usually minimalist approach taken by Apple, though the company collaborated on its conception. It resembles a more typical cable TV remote your aunt might use to watch Wheel of Fortune, but with the recognizable Siri button and general Apple aesthetic – perhaps an effective compromise in the conversation among Apple TV users regarding the current standard Apple remote’s usability.

The current, standard, ‘Siri’ remote is somewhat palindromic in design, making it (some would controversially argue) lacking in effectiveness. Many an Apple TV-watcher has picked up the top thinking it’s the bottom, and vice versa. The trackpad on the top (or bottom?) end is overly sensitive, to some users’ aggravation. You’re watching YouTube, but your cat’s tail brushes the remote and you’re now watching the weather forecast. However, the current design is sleek, futuristic, and looks like something from a Jetsons cartoon. These are the qualities we love in Apple products. While Universal Electronic’s Apple remote will likely please cable users, the debate continues on how the next generation of the ‘Apple TV proper’ should look and feel.

We’ll have to wait for official news of a next-gen Apple TV, but recently released coding from a previous beta changed the name ‘Siri Remote’ to ‘Apple TV Remote’. This could mean that something new for Apple TV is indeed on the ever-distant horizon. While we wait, we can speculate. Possible design specs from verified leakers like Jon Prosser have pointed to an upgraded A12X processor, a location-finder capability similar to iOS’s ‘Find My’, and yes, possibly a new remote. 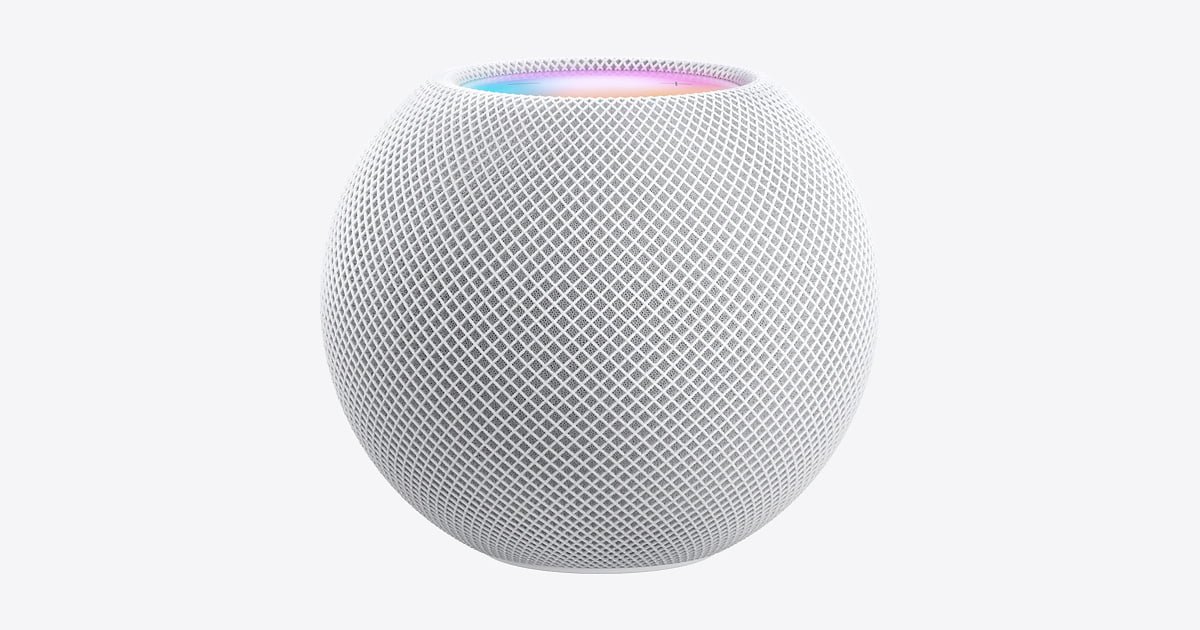 Three years after its initial release, Apple is saying goodbye to its Homepod smart speaker to focus on the new Homepod Mini.

Released in 2019, the Homepod marked Apple’s first attempt to break into the smart speaker market. Retailing for $349, the speaker boasted innovative subwoofer design, room-sensing microphones for optimal sound quality, and Siri voice-activated commands. While the speaker received glowing praise for its sound quality, many expressed disappointment at its lack of versatility and features. It had little to offer anyone except for all-out Apple fanatics in smart speaker functionality because it only connects with other Apple products and Siri-synced commands; on top of this, dedicated Apple users who are typically fine with coughing up the “Apple tax” for their high-quality gadgets expressed that the cost of the Homepod was too high. Sales of the Homepod fell miles short of smart speakers made by competitors Amazon and Google, prompting Apple to revisit the smart speaker concept.

The new Homepod Mini speaker was released in November 2020 for a price point of $99. The mini can access apps on the iPhone using Siri, such as calendar, messages, or Music. The speaker also features an intercom and the ability to send messages from HomePod Mini to any Apple device, even AirPods. While the functionality is similar to the Homepod, the lower price-point of the Mini has made it an optimal choice for consumers. The Homepod Mini still retails for double what similar smart speakers like the Amazon Echo Dot and Google Nest Mini, but offers Apple sound quality and compatibility for dedicated Apple users at a far better value than the original Homepod. 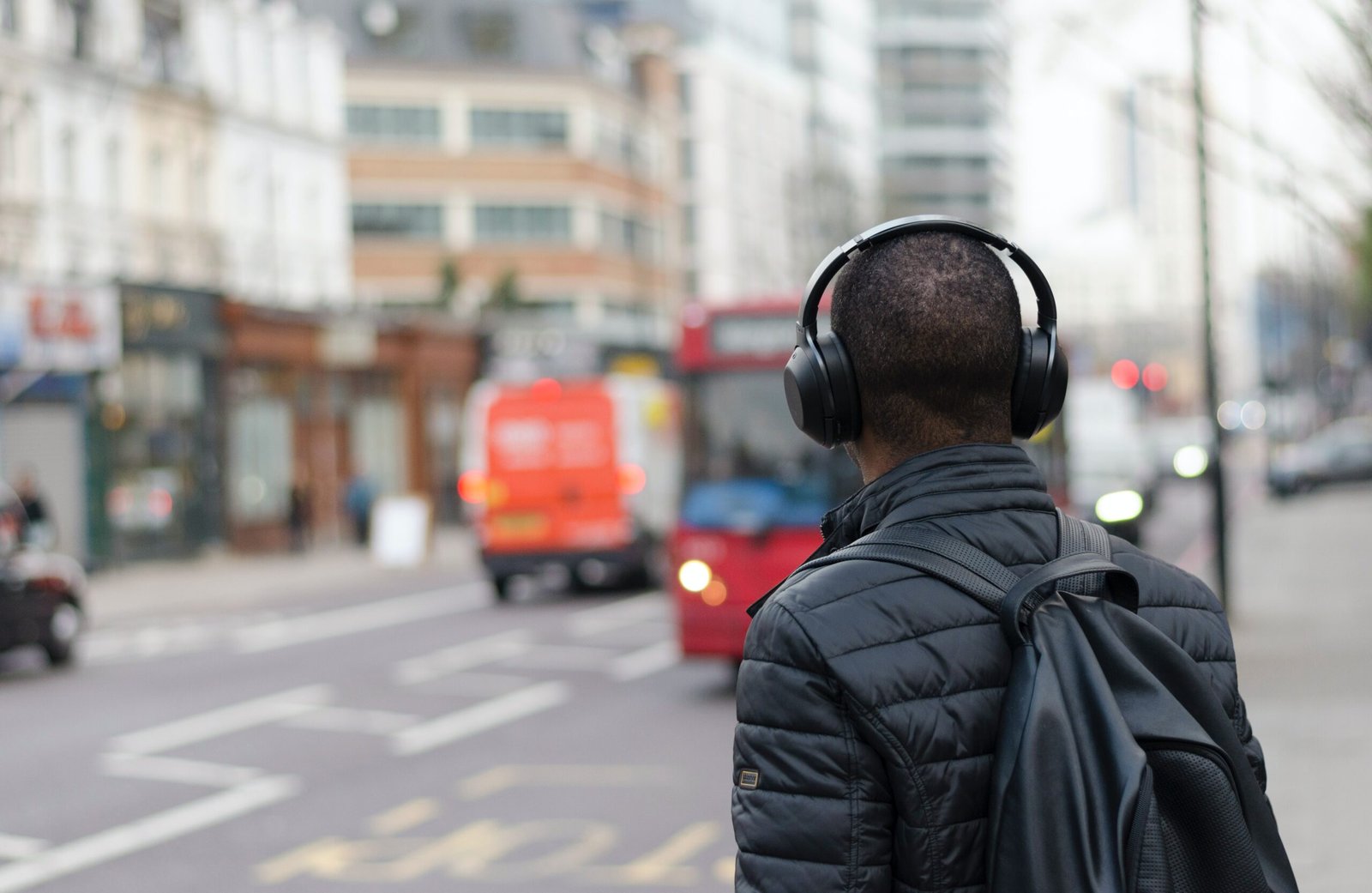 The acquisition is just one of Square’s recent expansions from a humble mobile payment app. The company also announced last week the launch of its in-house banking service, a significant addition to its full suite of financial tools for small businesses. The bank’s functions and operations are limited, only providing business loans and deposit products to its card reader and point-of-sale customers at this time.

One of the terms listed in the Tidal acquisition include giving Jay-Z a position on Square’s board of directors. While this part of the contract might be surprising to some, the Tidal deal is not the first venture pursued by Dorsey and Jay-Z. The pair announced in February that they planned to establish a bitcoin development fund, and have even been photographed together on vacation.

Tidal has struggled to compete with larger competitors like Spotify and Apple Music, leaving many to wonder why Dorsey or Square, Inc. would have any interest in the fate of a failing music streaming business.

Analyst Moshe Katri said of the deal: “[The acquisition is an] ongoing strategy of building eco-systems around merchants/sellers and consumers.” In buying Tidal, Katri argues that Square can expand its user base to include artists, musicians and fans.

Dorsey addressed the question head-on: “Why would a music streaming company and a financial services company join forces?!” he asked in a Tweet on Thursday. The answer, he said, “comes down to a simple idea: finding new ways for artists to support their work.”

Jay-Z has also chimed in about the partnership.

“Jack and I have had many discussions about Tidal’s endless possibilities,” he said in a statement. “[The discussions] have made me even more inspired about its future.”

Dorsey indicated that Square intends to integrate its financial systems into Tidal, allowing artists to streamline their merch sales and other collaborative efforts using a single innovative platform.