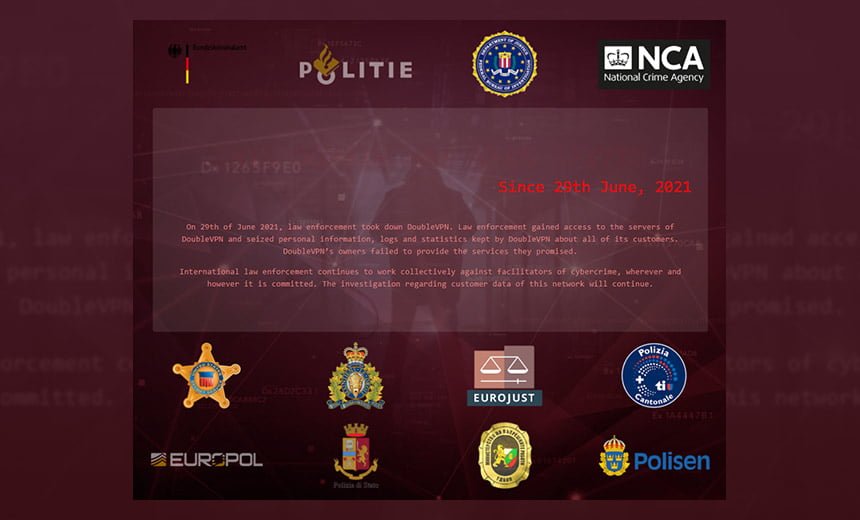 Ransomware criminals often took to Double VPN’s services to carry out their cyber crimes, until various law enforcement agencies shut the system down recently. Correlated efforts by the Dutch National Police, FBI, Europol’s European Cybercrime Centre, Eurojust, and the UK National Crime Agency are what led to the achievement of this mission. The servers and web domains of the system described herein have been seized, leaving them out of reach for use by perpetrators.

The underground network, Virtual Private Network (VPN), was known for its use by cyber criminals who are able to commit ransomware attacks, phishing scams, and a variety of malicious hacks in a confidential setting. The location and identity of culprits who took advantage of this illicit software maintained anonymity and were undetectable. Europol alleged that Russian and English speaking cyber criminals were the main ones who used VPN to victimize individuals and organizations.

Servers were said to be taken down and replaced with law enforcement credentials in a number of countries, not falling short of Germany, US, Canada, and the Netherlands. €22 was the cheapest VPN found to be available on the forum, but multiple layers of VPN connections were available to those who wished to pay more for further protection from recognition.

The methodological operation by authorities went on for at least eight months before the takedown was put into action. A Dutch prosecutor stated that this success has sent a message to the cybercrime world implicating that related crimes will not be tolerated and will be demolished. A Deputy Director who was in charge of the UK portion of the VPN bust relayed that victims were identified and notified about being targeted. It was also asserted that the UK is working on improving and strengthening their responses to cyber crimes considering recent acts have taken aim at and disabled major areas of infrastructure.