Apple said yesterday that Antonio Garcia Martinez has left the company, following internal backlash from Apple employees regarding misogynistic comments he had made in the recent past.

Garcia Martinez was a brand new hire. Apple brought him on as a product engineer in its advertising platform group. He had previously worked at Facebook and Twitter, specializing in targeted ads; he also spent time on Wall Street.

Fellow Apple employees joined in petition to his involvement with the tech company, drawing attention to statements Garcia Martinez made in his 2016 book Chaos Monkeys, chronicling his experiences in Silicon Valley.

In the book, Garcia Martinez demeaned women in the tech industry, among other assertions deemed sexist, racist, and in contradiction to Apple’s work culture. “Most women in the Bay Area are soft and weak, cosseted and naive despite their claims of worldliness, and generally full of shit,” he wrote.

As an influential company that regularly touts its commitment to inclusivity and diversity, a hire like Garcia Martinez surprised many – especially those who work at Apple.

In an internal memo, co-workers demanded “an investigation into how his published views on women and people of color were missed or ignored.” Over 2,000 employees signed, also criticizing the hire on social media.

In response to Garcia Martinez’s hiring and leaving, Apple told Bloomberg, “At Apple, we have always strived to create an inclusive, welcoming workplace where everyone is respected and accepted. Behavior that demeans or discriminates against people for who they are has no place here.”

Apple naturally made a wise PR move in parting ways with the Silicon Valley bad boy, but one detail remains unclear – how did Garcia Martinez get hired at Apple in the first place? Were his controversial comments somehow overlooked, or did some Apple executive knowingly look the other way?

Related Topics:
Up Next

Apple Was Forced To Turn Over Trump’s Political Opponents’ Data 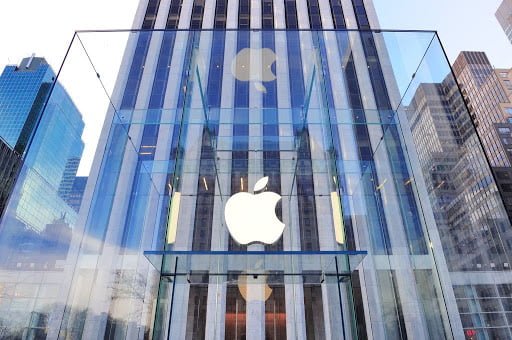 According to a shocking New York Times report, Apple was coerced into giving Trump’s Justice Department communications of the former President’s political rivals.

The tech company received a subpoena from the DOJ in February 2018, requesting data from over 100 accounts. As a rule, Apple strives to “regularly challenge warrants, subpoenas and nondisclosure orders,” according to a statement from Apple’s Fred Sainz. They also “inform affected customers of governmental requests about them just as soon as possible.”

But in this case, the court request came from a federal grand jury. The subpoena offered no details of the nature of the investigation, so Apple had no way of knowing how the data was intended to be used without looking through users’ personal information. The DOJ also placed Apple under a gag order, which means that Apple couldn’t tell anyone about the ongoing investigation.

“Consistent with the request, Apple limited the information it provided to account subscriber information and did not provide any content such as emails or pictures,” Sainz also included in Apple’s statement.

The gag order finally expired on May 5 of this year. That’s why Apple has only now reached out to its users to notify them.

The Apple users involved reveal a pattern: they politically opposed Trump. Some worked in the media, but most of them were congressional Democrats working on the House intelligence committee. DOJ prosecutors working for Trump were looking for leaks that prompted rising accusations of his infamous Russian collusion.

The subpoena ordered the delivery of information on the members of congress and even their families, including at least one minor. California Democrats Adam Schiff and Eric Swalwell are notable congressmen affected by the investigation, both of whom have responded on Twitter.

“This baseless investigation, while now closed, is yet another example of Trump’s corrupt weaponization of justice,” Schiff tweeted.

During an interview with CNN, John Dean, an ex-counselor to President Nixon, called the DOJ’s actions under Trump “Nixon on stilts and steroids.” The investigation certainly echoes another instance in which a sitting president used technology to secretly obtain info on political rivals – the Watergate scandal.

The current Justice Department has launched a probe to investigate the extent of misconduct by the Trump-era DOJ. Inspector General Micheal Horowitz assured they will thoroughly uncover intelligence “in connection with recent investigations of alleged unauthorized disclosures of information to the media by government officials.”

Apple has gone above and beyond in clarifying their limited, blindfolded involvement in the investigation. But situations like these raise concerns about the inevitable intersection of tech and the government.

Apple Music Steps Up Its Game with Spatial Audio 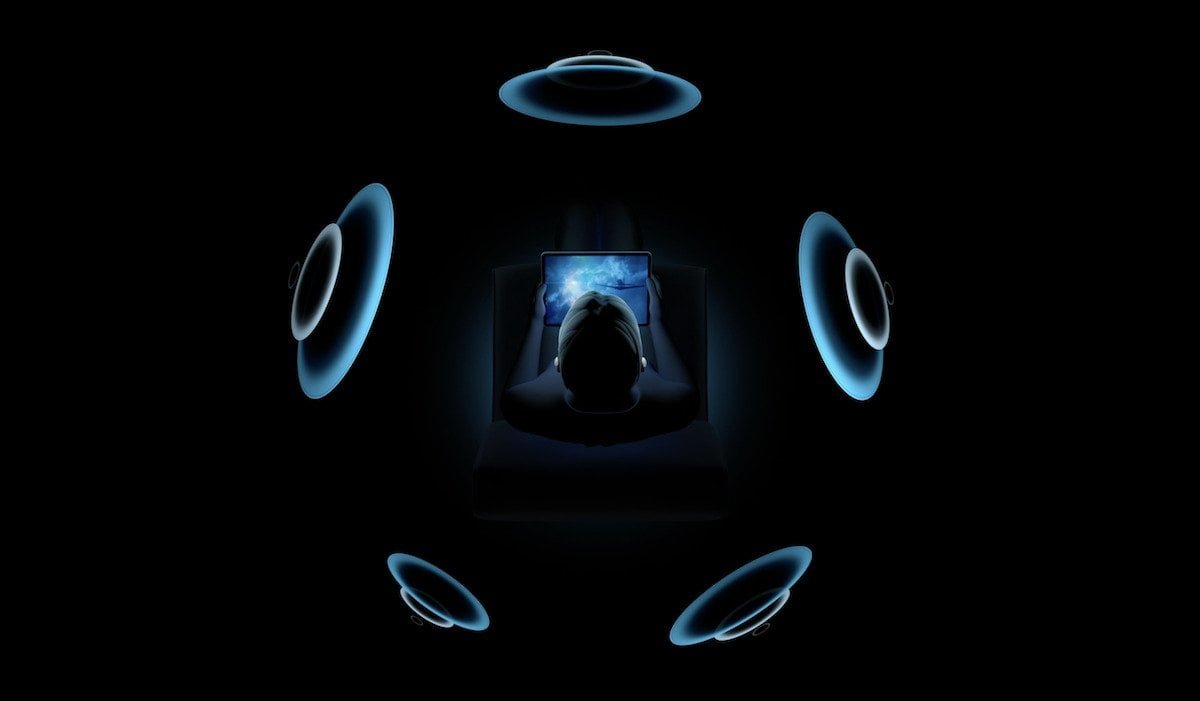 Audiophiles, rejoice! During their WWDC keynote on Monday, Apple announced that both Dolby Atmos spatial audio and lossless audio are now integrated into Apple Music. Spatial audio is also a feature of the new and improved FaceTime in iOS 15, and coming to Apple TV/Mac in the fall.

These features are not currently offered by Apple music’s major streaming competitor, Spotify. But if you’re wondering, “what’s spatial audio, anyway?” you wouldn’t be the first. Here’s a breakdown:

Spatial audio is how Apple describes their completely immersive listening experience. It starts with the encompassing audio landscape of Dolby Atmos, and enhances it even more. So, let’s start with Dolby Atmos. Best described as a “sound-bubble”, Dolby Atmos is surround sound for headphones. It creates a multi-dimensional soundstage from which audio can be emitted, rather than the simple left/right stereo sound of ye olden days.

But spatial audio uses gyroscopes and accelerometers within AirPods Pro and Max, and places the sound based on where your head is. So if you turn your head away from your phone to the left, you’ll hear the music shift to the left side of your head. It’s as if you’re at a concert and your phone is the stage.

Only a few thousand tracks are currently mixed with Dolby Atmos spatial audio, with more arriving as artists release new music and remix select songs from their catalogs. Try out Apple Music’s playlists like “Hits in Spatial Audio”, curated to show off what the feature can do.

Spatial audio will be fun for music, no doubt. But it will likely improve FaceTime more significantly. You’ll feel as if you’re in the same room with the person on the other end of the FaceTime call.

The iPhone maker also added lossless audio to its streaming platform. “Lossless” refers to the quality of the audio. When music is compressed, the finer details and textures of the audio are lost. You can now stream crystal-clear, CD-quality audio in Apple Music. (And argue with your friends about whether or not you actually notice the difference.)

While spatial audio is limited to certain tracks, Apple’s entire library is quickly being converted to lossless. Every one of the 75 million+ songs will support it by the end of the year.

To enjoy spatial audio, you need the higher-end AirPods Pro, Max, or one of the several Beats headphone models that’s compatible.

These features now come standard with Apple Music, at no extra cost. Could they woo listeners away from Spotify, Amazon, and TIDAL? We’ll see. 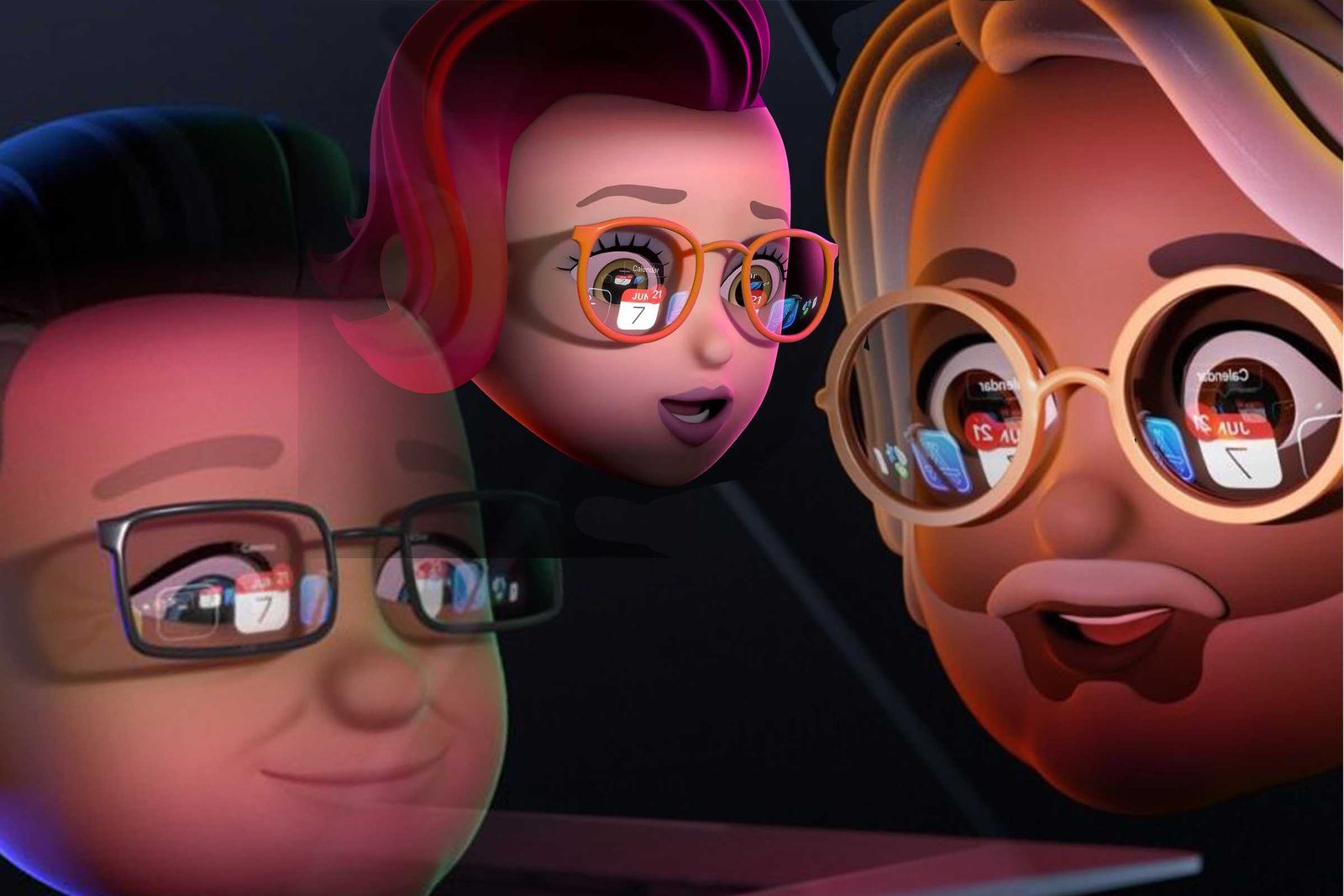 Apple’s Worldwide Developer Conference kicked off yesterday, and will last through the week. WWDC usually kicks off with an announcement-packed keynote speech, and this year was no exception to the rule.

With CEO Tim Cook leading the charge, Apple announced major upgrades to its devices. iOS 15 stole the spotlight, as expected. But Facetime, MacOS Monterey, iPad, and many others graced the stage as well.

The tech giant has had a rocky few months in the press, including a highly-publicized lawsuit with Epic Games and app tracking beef with Facebook. New bells and whistles within the Apple ecosystem felt like a welcome distraction from the world outside Cupertino, Calif.

iPhone software gets a revamp every year in the fall. During the keynote, Apple previewed features of iOS 15, and promised a public beta version to be coming soon. Messages will be getting a visual facelift, sleeker ways to send photos, and a new element called Shared with You, which organizes links sent to you in their corresponding apps, like Apple Music and News.

But most would agree that the key upgrade within iOS 15 is an improvement to FaceTime. With video conferencing taking an essential place in society over the last year, apps like Zoom and Skype eclipsed Apple’s simple video chatting app. With iOS 15, the tech giant is looking to get ahead in the video call space with a “Zoom-ified” FaceTime app.

The new FaceTime will be organized into a grid, with an emphasis on whoever is currently speaking, much like Zoom. FaceTime calls can be scheduled, and invitations can be sent. Also, FaceTime can now filter out background images and noise, to create a more natural conversation experience. And Androids/PCs will be able to join a FaceTime call (finally!).

The next evolution of software for the Mac computer will be called Monterey, fitting right in with Mac’s naming theme: a Californian geography lesson.

The major takeaway from Monterey will be what Apple calls Universal Control – users will be able to sync an iPad to their Mac and use it as a secondary monitor. The mouse will gracefully glide from one screen to the next, and the keyboard/trackpad will also be compatible. This feature is a standout in a list of several improvements that work to create more synergy between your Mac and other Apple devices.

Safari also gets a makeover, to look and feel more like Google Chrome. Tabs can be colored and grouped, for a smoother and more organized browsing experience.

While it has become the darling of audio/visual creators, the iPad has somewhat failed to fulfill the needs of everyday emailers, writers and spreadsheet-ers. The reimagined iPad software will be built around a multitasking menu to remedy that shortcoming. Users can view apps side-by-side, and switch between apps with more ease than ever before.

The keynote was stuffed with announcements from WatchOS 8 to AirPods Max with spatial audio. With a huge laundry list of new and improved features for the gadgets most of us use everyday, Apple subtly reminded us why it’s the world’s most valuable company. Stay tuned for more in-depth reviews and commentary on all the new Apple magic releasing in the fall.